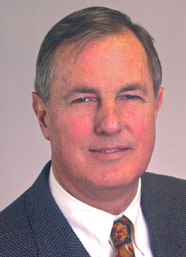 Active in national and local politics, Mr. Golden was a candidate for the 41st Congressional District and he was Assistant to U.S. Senator Edmund Muskie. Mr. Golden has served as President of the Big Sister League of San Diego and co-founded SCOOP, a cooperative program for the elderly.

"You have the most positive schools I've ever seen!" State Department of Education site reviewer